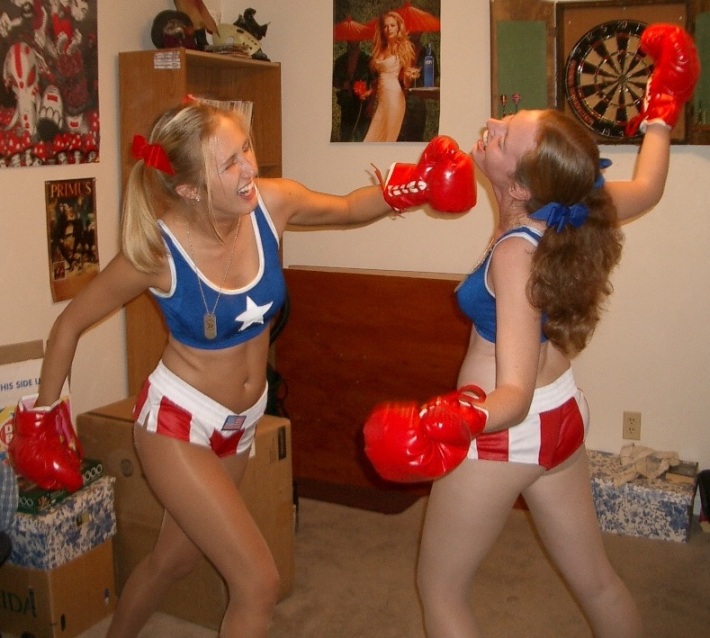 Foxy boxing is unusual in that the audience generally does not care who wins. It is believed to have its roots in “singles’ bars in southern California” after the interest in women’s boxing began to decline in the late 1980s. 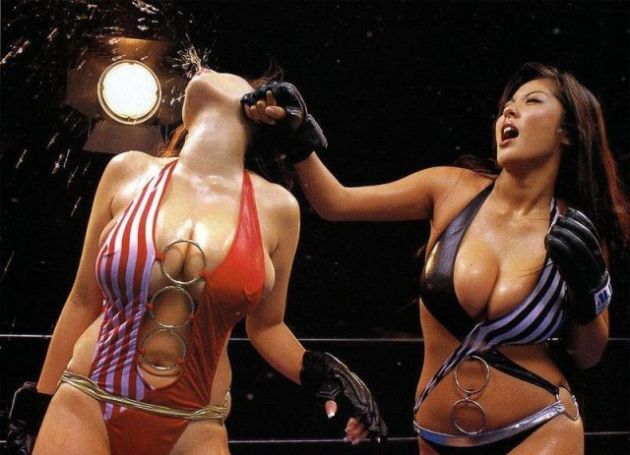 The mainstream competitive sport of women’s boxing has tried to avoid association with foxy boxing but the successful female boxer Mia St. John emphasised her sexuality by appearing on the cover of Playboy magazine.

It was a popular entertainment used in the Philippines for military men in the 1980s and 90s. It included both boxing and wrestling and the women were expected to “draw blood and show bruises before they got paid”. Foxy boxing was also utilized by bar owners in Thailand for the same type of audience.

The style of fighting was formed into a new genre by David Borden, into what came to be known as Kaiju Big Battel, which was staged fights with a heavy tokusatsu and pop culture influence. The sport is frequently referenced in popular culture, and in particular in television programmes made in the USA.